As you all know, Berlin’s winter beats it all. I really respect the change of seasons, and yes, summer is over, it’s autumn now. But when the winter comes closer to that city, I’m in a hurry. I collect everything that is colorful around my house, the flowers, the leaves, the last fruits out there. Just to conserve it, to keep it anyhow. And when it gets colder in the evening, I grab the last berries in my freezer to bake a summer cake. Just to say no, not yet. It’s not winter yet.

That’s what I did yesterday. I still had berries in my freezer and a few hours for myself. So I baked a cake. And of course it had to be a colorful cake! I love all natural shades of blue and purple, and blueberries are, similar to beets, perfect for coloring your food. So, if you’re not frightened of calories, look at the recipe below. That cake is fluffy and fruity and makes you forget the upcoming winter for sure!

Use the hand mixer to beat the margarine, the coconut oil, the vanilla bean and the sugar till it’s fluffy. Add the eggs and beat it again. Mix flour and almonds with the cream of tartar, then fold everything in. Grease your baking dish (caliber of mine is 19 cm) and fill the dough in, then flatten the surface. Preheat the oven to 180° C. Bake it at the second lowest rack for about 60 minutes. Let it cool down afterwards.

For the compote, give the blueberries with the pressed cardamom pods, the cinnamon, the sugar and the water in a small cooking pot. Let it boil and cook it for five minutes at least. Mix the cornflour with water and stir it in the compote. Let it boil once more, then it has to cool down.

Cut the baked pastry case into three layers. Spread the compote on the first layer, then add a portion of cream. Give the second layer on top and go on like before. Add the last layer afterwards. Spread the remaining cream on the cake finally. You can decorate it with some compote, if you like. In the end, decorate your cake with fresh blueberries. Enjoy! 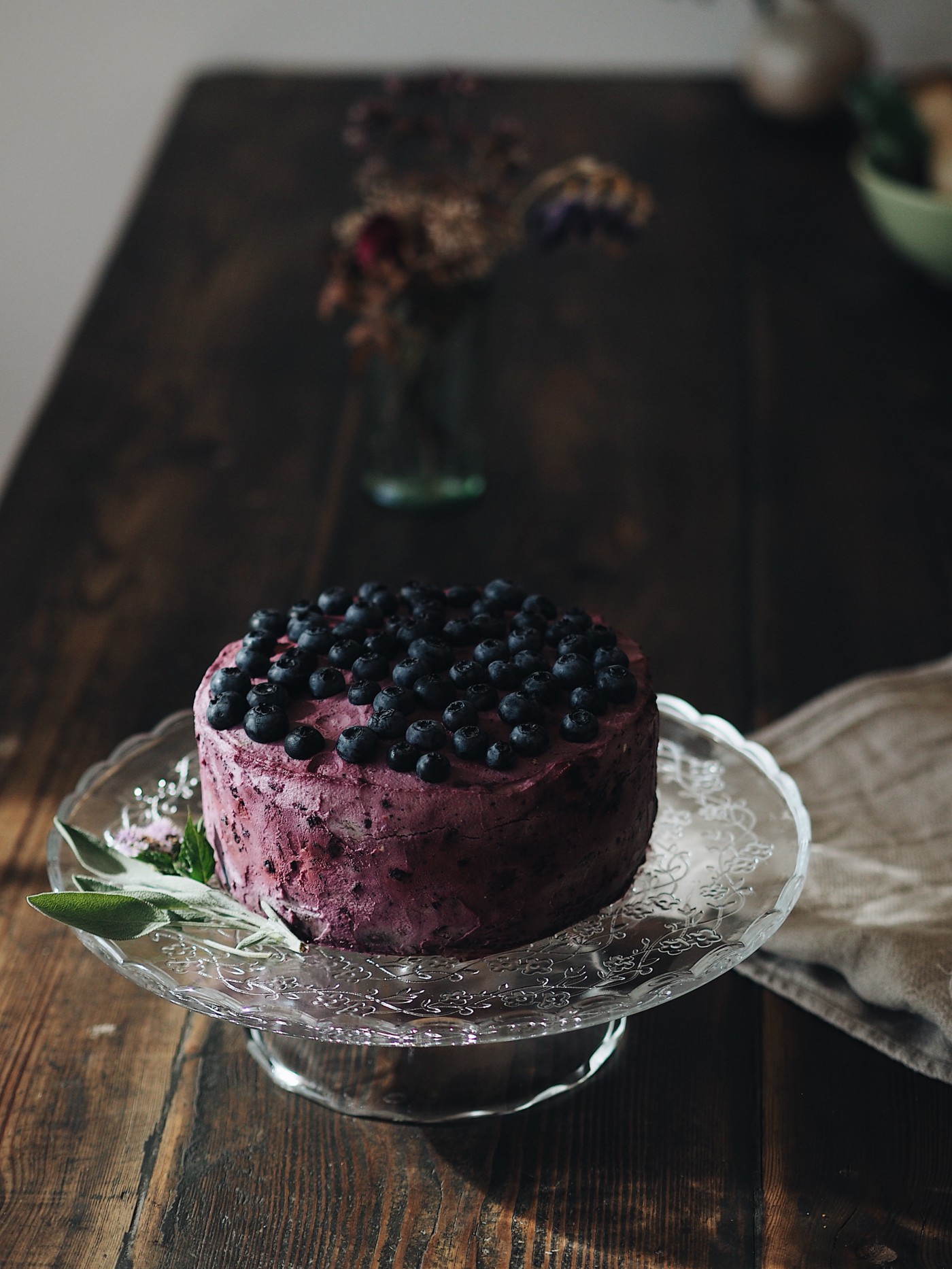 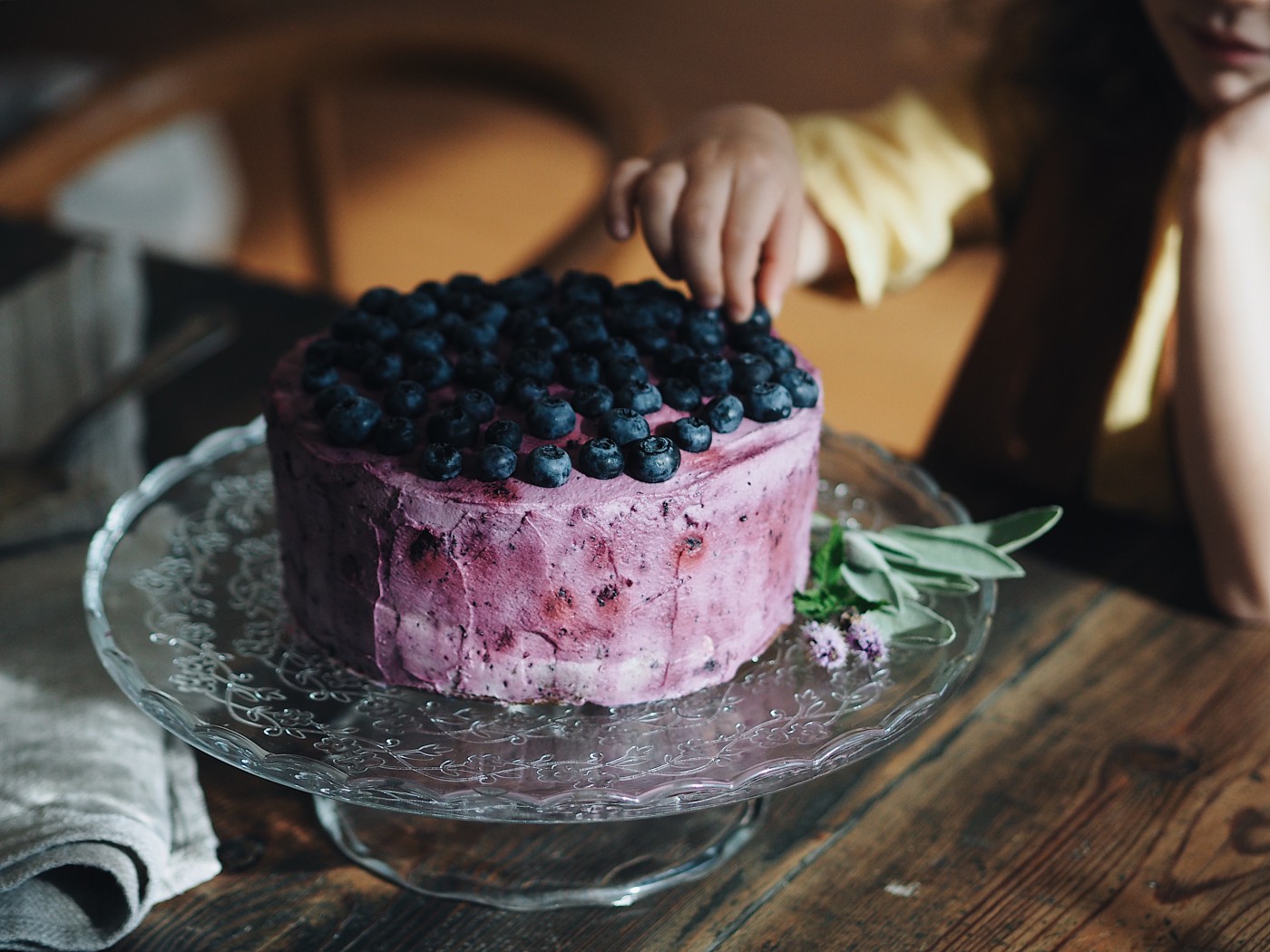